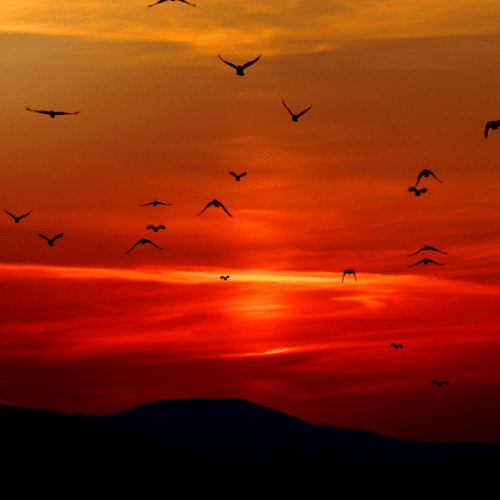 Find your path in the jungle of OTA update solutions

Welcome to the jungle of solutions for OTA update (over the air update) of IoT devices and connected systems. You might wonder why the jungle? Because there are several options available to update an IoT device. All have pros and cons and you will quickly realize that it will not be easy to make the right choice for your device. Because “it depends” will be the most common answer to your questions. And because you will have to answer many different questions:

Are you using a microcontroller or a microprocessor?

Are you under Linux, Android, FreeRTOS?

Do you need A/B partition schemes for your updates?

All this makes it impossible to tackle such a vast subject in a single article. That’s why I decided to give you 3 articles! The first one will focus on IoT devices using microprocessors and Linux, the second one will be about Android, and finally the third one will be specifically about microcontrollers.

So, let’s get started!

What you should probably not do for your OTA update

If you are using a computer running Linux, you probably use a package manager to update your applications and OS.

Do not use a package manager to update your IoT devices running Linux.

Among the good reasons I see, let’s focus on the 2 most important: power failure and scalability.

In the event of a power failure during an update, the package manager might end up in an unknown state with a partially installed update. One of the key requirements for an update manager for IoT devices is to always be in a known state after an update. This capability is called atomicity and can be found in almost any article about OTA update for IoT devices 😊. Package managers have never been designed to make atomic updates.

Let’s shed some light on the possible consequences with an example.

After the first update, 20 out of 20,000 devices are not updated properly due to a power failure. These 20 devices still work, with a software using a mixture of old and new versions of libraries. when the next update comes, these 20 devices all break down together, while 20 new others are in an unstable state. After one-year, 10% of your devices are in an unrecoverable state and your only option is to send a technician to the field to manually update them. And that obviously could be a big deal…

Again, let me use an example to highlight the challenges. You are using a Raspbian distribution for your IoT devices. You can use the package manager to update the kernel, libraries, … But how do you automate this process? If you have 20 devices you can do this manually or semi-manually with a script and connect individually via SSH to your devices. But what if you have 20,000 devices…

Do not use Docker containers as such.

An option could be to use Docker containers to update the different applications running on your device. This seems like a good idea, but this solution has one major drawback: delta updates.

An excellent feature of Docker is the ability to only update the differences between 2 versions of a container. This feature is based on the union filesystems that manage each container as a set of layers:

If you had a new feature, Docker adds a new layer to the container that only includes the differences between these two versions of the container. What’s the catch? The union filesystems are not known for their stability and their reliability in case of a power failures… It has been considerably improved with overlayfs2 (a new type of union filesystem) but it’s not perfect yet, as shows the conversation here.

A brief summary of this thread: it doesn’t work well in case of a power failure. Sometimes, it can be fixed with a couple of command lines, which involve deleting all the persistent data used by the containers… But is this acceptable if you must update thousands of devices? I don’t think so.

Before moving forward, it is important to note that while Docker containers should not be used on embedded devices, most of the underlying technologies used by Docker could be. But we’ll come back to that later in this article.

Single copy update, a solution for some cases

Have you ever been sitting in front of your television, but instead of watching your favorite program on Amazon Prime or Netflix, you’ve just been waiting for: 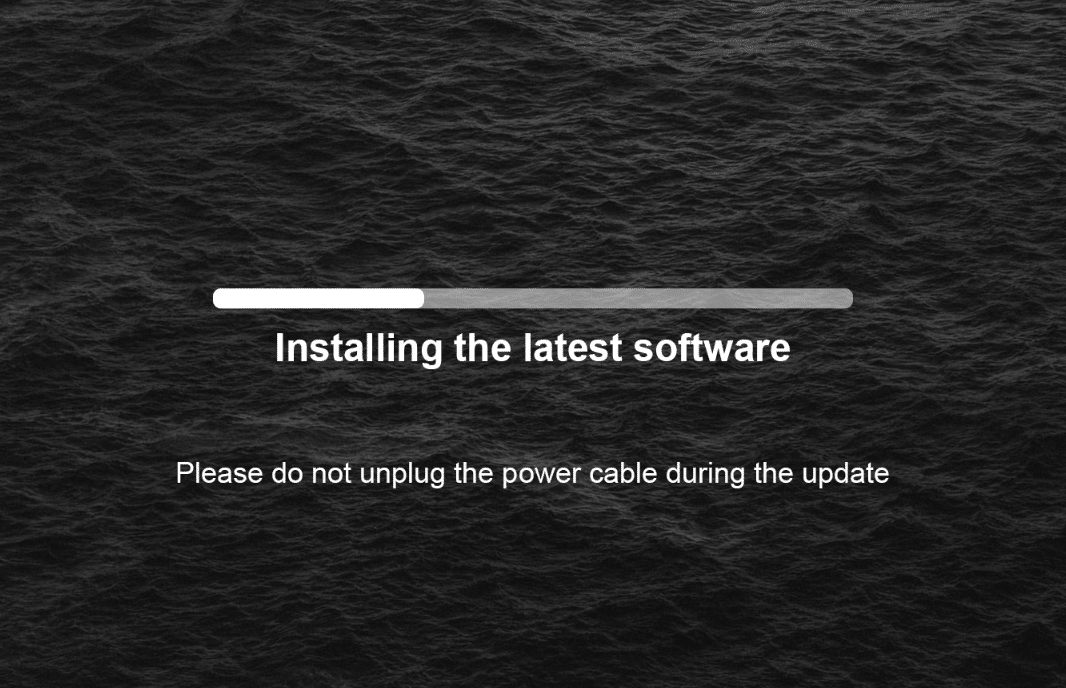 This specific kind of updater is the simplest type. Basically, when a new update is available it offers to install it. If you say yes, your device will restart, then an application will download the update to the memory, and finally write it to the flash.

First, there is a UX issue: During the update process, your customer will
not be able to use your device.

“I beg your pardon, but what do you mean by bricked?” Well, if this scenario should happen, there would not be no way to recover this device (in fact, you can but you have to physically open the device and solder a couple of wires and …).  As a result, this device becomes as useful as a … brick. Software engineers pinned the word and for their convenience turned it into a verb 😊.

Personally, I have never tried to unplug my Amazon Firestick during an update. Well, I use it to watch my favorite series and I would prefer not to brick it. But I suspect that in the event of a power failure, they included a mechanism to automatically recover the device. For instance, the software used to download and install the updates is never affected by the update itself and is automatically restarted when the power is restored. Then it simply downloads the update again and restart the flashing process. That said, I could be wrong, so do not try that at home!

How to implement a single copy update for my IoT devices?

Even if it’s not perfect, it might be what you need for your projects. In this case, on Linux, you have three options:

Pros and Cons for choosing a single copy update

Let’s summarize the pros and cons of a single copy update system:

As we said earlier, this approach is far from perfect. You may consider it as a good solution if your IoT devices are always connected to the internet and if a downtime of several minutes for each update is acceptable. Otherwise, an alternative solution might be to use a dual copy update.

Dual copy update, a better option for your OTA updates?

It is obvious that using a single copy update for your product is a risky choice. One way to improve reliability is to add a second partition. How does it work?

Suppose partition A is the active partition, which means that your Linux system with your applications is running on this partition.

When you receive an update for your IoT device, it is written to the partition B.

When the update is complete, the system will automatically restart and boot the partition B. If it fails to boot properly, a hardware watchdog will reboot the system and automatically mark partition B as invalid before restarting the previous version of the software on partition A. If the boot succeeds, partition B is marked as functional and will be used by the processor as the new official version.

With this scenario, even in the event of a power failure during the update of partition B, the update system will be able to restart on partition A. This system is bullet proof, but this means that for each update, you need to download a full Linux image.

Does it matter? It depends! Knowing that the size of a Linux image can range from a few MB to a few GB, how much bandwidth can you use to update your devices in the field? Is the internet connectivity always good?

How to implement a dual copy update for my IoT devices?

Well, you have three good options:

Let’s summarize the pros and cons of a dual copy update system. 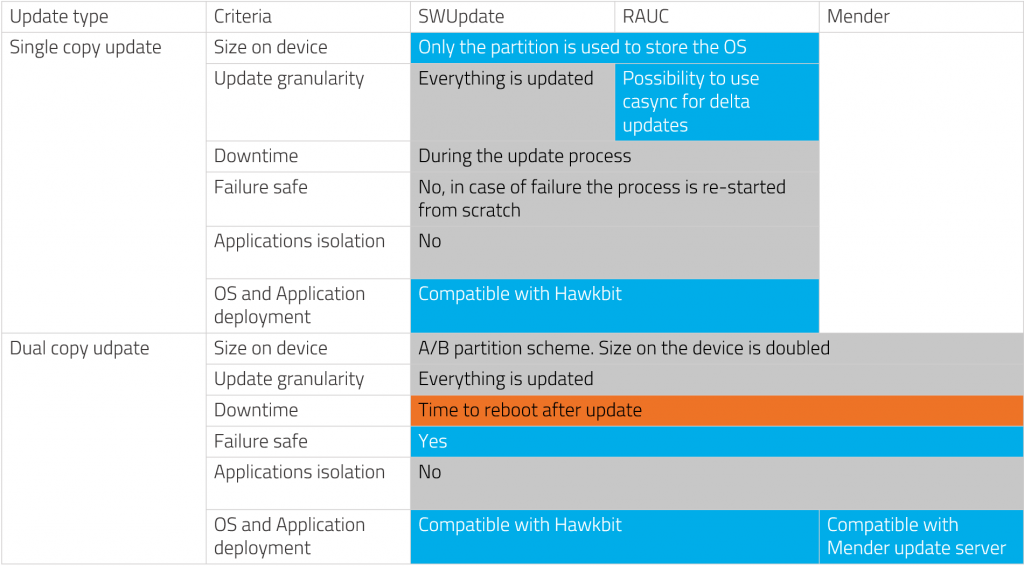 To summarize, dual copy update can be a perfectly bullet proof solution, but with a serious drawback: a great need for storage space and bandwidth. So, let’s discuss another alternative which would solve this issue: it will have to be based on deployment with containerized applications.

Let’s consider an embedded system. It is usually composed of a Linux OS and several applications. In a single or dual partition update system, these elements are considered a single artifact. But, each of them could be updated independently.

With such an approach, you would have several updates instead of one, and the size of each update would be significantly reduced. But on IoT devices, each of these updates need to be atomic to avoid any unknown state. One way to overcome this challenge is to containerize each application. In this case, your applications are completely independent from each other and from the Linux OS. 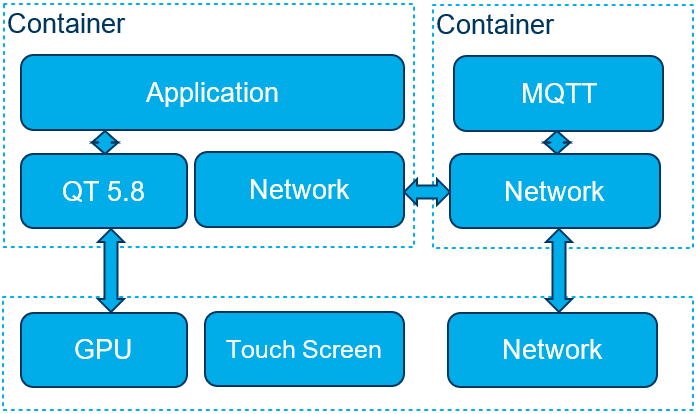 In this example, there are two applications. One of them runs a UI with Qt and communicates over a virtual network with another application running a MQTT broker. Both applications run on the same Linux host system. Each application is completely independent from the other and from the host system.

Thanks to the isolation, a trivial approach to atomically update a container could be:

This approach is very close to a dual partition scheme but for a containerized application. At the beginning of this article, I explained how Docker uses delta updates to update containers. Unfortunately, the solution chosen by Docker is not atomic. Therefore, what are the other available solutions available:

By integrating these two open source solutions together, FullMetalUpdate tackles the major challenges of OTA updates on modern IoT devices. With FullMetalUpdate, you can update the Linux OS and your applications with the minimum possible overhead on mass storage and minimize the bandwidth usage!

Let’s summarize the pros and cons of a container update system: 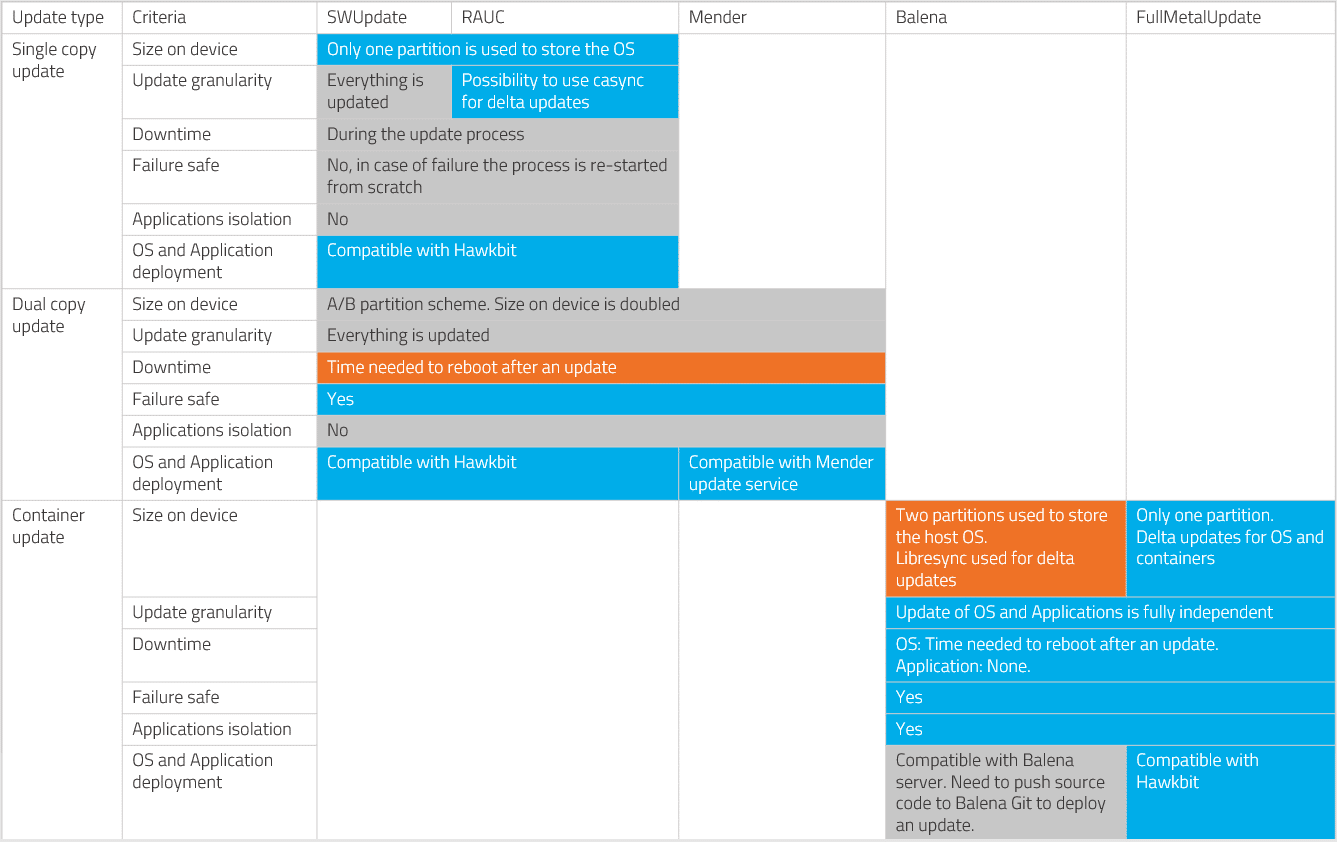 So, what is the ideal OTA update system for your IoT devices? FullMetalUpdate of course! It has been specially designed to address all the challenges described in this article. Learn more about our project in the FullMetalUpdate presentation article.

This article will give you an overview on the architecture of FullMetaUpdate and explain in detail why a new open source solution was needed.

And to get back to the original question, the right answer really depends on your use-case. Sometimes the simplicity of a single partition update system is the best solution. Sometimes it is not.

So, before you decide on the OTA update solution that you will use for your next project, the best answer is probably to consider discussing this topic with an expert. And what happens if we move on to Android, do we have so many options? No, even though Android is based on Linux, the way it can be updated is limited to A/B partitioning (or a recovery partition on older Android devices).

In the next article, we will describe how OTA updates are implemented on Android and, more interestingly, what mechanisms have been implemented to secure the process.