Adeunis Building Management System is a complete wireless solution allowing the monitoring of a building’s energy efficiency and security with sensors that turn it into a “smart building”. Adeunis sensors use best in class IoT communication technologies such as LoRa, WMBus and Sigfox under a proprietary Adeunis protocol.

Building Management System needs to have its radio module sensors regularly updated in order to provide new features and security improvements. However, in some cases, it is impossible to manually update hundreds of sensors, or to update sensors that are hidden in a building’s basement.

Adeunis was looking for a partner with an extensive embedded software expertise coupled with a strong understanding of firmware update mechanisms and a proficient IoT system security approach. 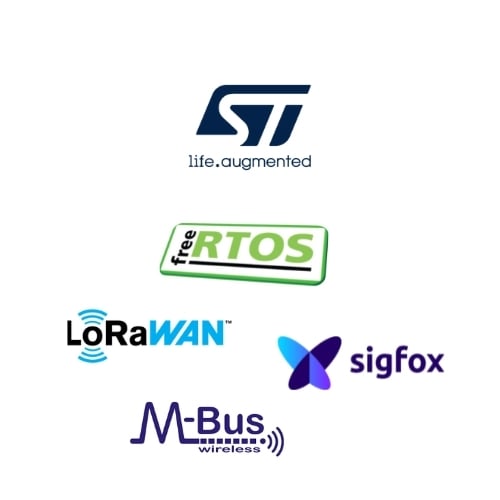 Develop a mechanism to complete a local wireless update of their WMBus, LoraWan and SigFox products and components despite updates not being anticipated by these protocols

One of the key requirements for the project was to propose, develop, and integrate a complete reliable firmware update system. The aim of the development and integration of the system update for Adeunis’ STM32 based sensors is to allow remote update of all the sensors. Since Adeunis sensors are using batteries that are not replaceable by the final user, the firmware update developed by Witekio had to respect a mandatory requirement of power management.

The Witekio engineering team investigated different update strategies and tested them against Adeunis’ constraints before making the final choice. Among the strategies compared by the team were a MeSH network viral update strategy and a multi-hop strategy that allows maintenance technician to check update deployments live.

Adeunis’ Building Management System can now be automatically updated from a distance of several hundred meters.

The maintenance technician can visualize the list of devices that need an update. When on site, they can scan the local network and gets the list of devices needing an update that within reach before launching the update and checking the device status post-update to ensure success.

To avoid updating with the wrong firmware, to avoid partial replay from hackers, and to avoid waking-up of the device by hackers that overuses the battery, Adeunis needed to prioritize security.
Security within any IoT system is a key focus point. To protect the overall firmware update systems from any man-in-the-middle attacks, a deep cryptography layer was added to the project. Since all the radio frequency-based communications between Adeunis modules and the web app were secured, Witekio significantly reduced the risk of attacks on the system.

Need complex software development to optimize your offer?
Contact us 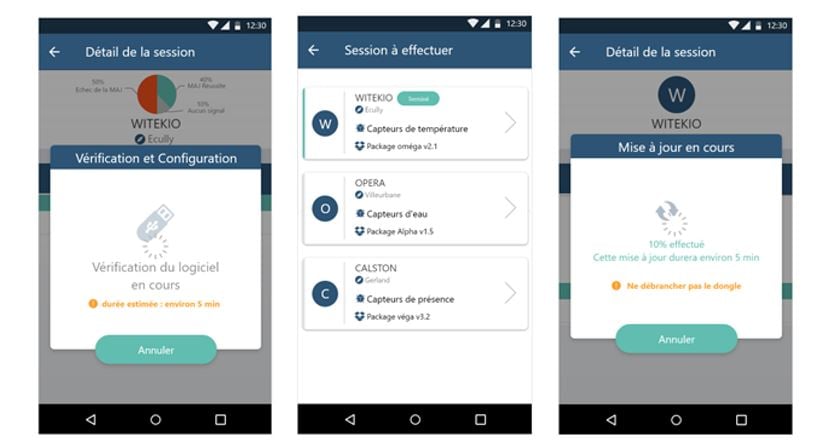 Adeunis is an expert in IoT devices for industry and smart buildings, connected device manufacturing, and a global leader in the development of ready-to-use wireless solutions for BtoB companies.