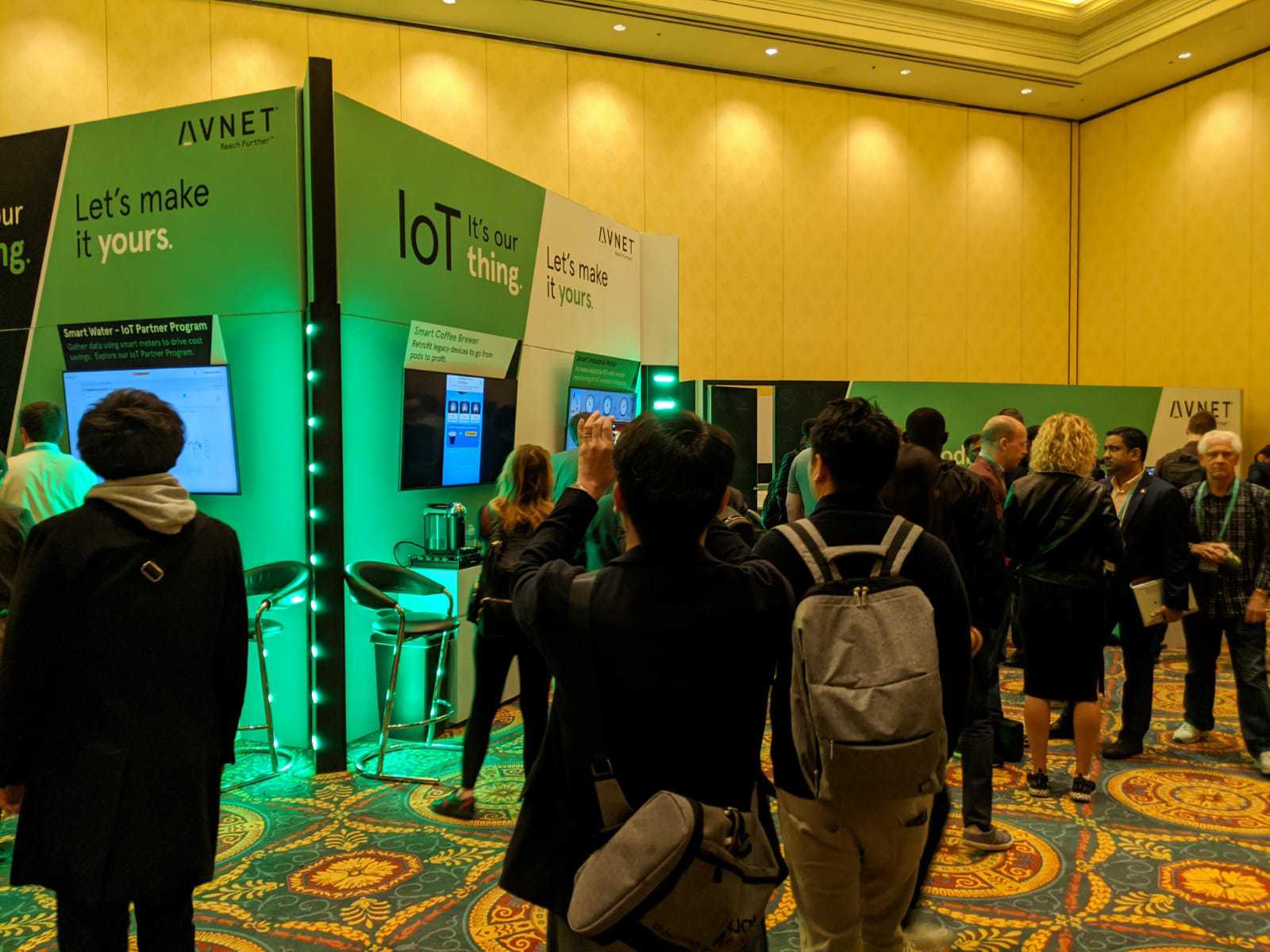 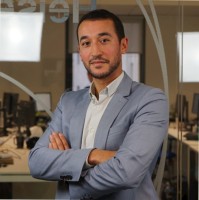 By Samir Bounab
General Manager
Share
A new project ?
Back

The Consumer Electronics Show, held in Las Vegas last week, is the largest and most influential tech event in the world. From rollable TV screens to the rise of exoskeletons, here are the biggest trends to watch for 2020 in human-machine interaction, AI, smart home, health innovation, and more.

The number of smart products with multiple voice assistant options is likely to expand quickly this year thanks to the Project Connected Home over IP, a new working group that Amazon, Apple, Google, and Zigbee Alliances agreed to in December 2019. However, CES 2020 saw fierce competition between the GAFAs in the category of voice control and intelligent assistants.

Amazon Alexa, a virtual assistant AI developed by Amazon still appears to dominate the market, powering more than 150 products worldwide. This year, there were significantly more Alexa-enabled gadgets at CES 2020, from electric toothbrushes to motorcycle helmets. Jeff Bezos’ firm took advantage of the event to announce a host of new features in order to keep its main rival, Google, at a respectful distance.

On its side, Google has been deploying considerable efforts in an attempt to catch up, like, setting up a massive outdoor booth – complete with a slide ! – flooded with products that work with Google Assistant. It also announced new features designed to make the Assistant more helpful when you’re at home, in the car or on your phone, like Interpreter mode, a real-time translation feature for your phone that makes it easy to chat if you travel in foreign countries.

From electric bikes to self-driving cars, mobility was a big trend at CES 2020. Uber and Hyundai revealed a full-size air taxi prototype, allowing visitors to take part in a VR simulation. On a smaller scale, many companies showed off new electrified bikes, scooters, skateboards and other rideables specifically designed for urban environments – allowing you to leave your car at home. Damon Motorcycles won « Best Innovation » CES Award for their impressive, all-electric HyperSport superbike, a smart motorcycle claiming to « set a new standard in motorcycle safety » :

‘’The Hypersport Pro should be a very fast motorcycle, but also an incredibly safe one, too. All of the safety wizardry gets its neuro system of sorts from BlackBerry QNX.’’ https://t.co/CyHXMFRpNy

In the next decade, innovations in mobility will open doors to new customer experiences on the road and also in the air. During a keynote presentation at CES 2020, Delta Air Lines revealed new plans to enhance the passenger experience, such as new seat-back screens that will be able to mirror passengers’ smartphones and a “binge button” that would allow passengers to watch an entire session of a TV show. With the rise of AI technology, travel definitely gets an upgrade.

One of the highlights is the BMW i Interaction EASE, a very abstract concept-car that creates a whole new mobility experience. The vehicle offers a combination of different operating modes, including touch control, gesture control and speech recognition. More, the ultra-advanced AI system is capable of following and interpreting the driver’s gaze, offering relevant information or other ways to interact with it. It also features a head-up augmented reality display that covers the entire front-end windscreen. Smart and interactive, the EASE is all about the future.

#Fröhlich: “With the BMW i Interaction EASE, we are redefining the mobility experience. It offers a glimpse of a future in which #AutonomousMobility is part of everyday life.” pic.twitter.com/1A70Q2nNz5

Even Japanese tech giant Sony surprised everyone with its own futuristic prototype car, Vision S. This fully operational electric concept-car comes with its own app and 4 cameras – back, front and the two sides, all fitted with Sony’s high-end CMOS sensors. However, the company denied any production chances.

Voice assistant technology moves beyond the home into the vehicle, seeing unprecedented growth. For a long time, Google and Apple won the game with their systems Android Auto and CarPlay. But Amazon scored points at CES 2020, showing off an amazing Lamborghini Huracan Evo featuring Alexa, its cloud-based voice service. It performs all Alexa tasks like calls, navigation, A/C control, music settings, and more. This is Alexa’s first venture into the supercar market, but let us note that Amazon already found a way to bring Alexa to every car owner. A small device called Amazon Echo Auto is coming off of a successful round of crowdfunding, with more than one million pre-orders.

Gone are the days of IoT gadgets. Consumers are now looking for meaningful, human-centered tech and personalised experiences. The new generation of smart home devices will be efficient and helpful, like Door Keeper locks by Somfy, or like keyless, NFC-powered Netatmo smart locks.

That said, Samsung created quite a stir at CES 2020 introducing Ballie, a very cute, tennis ball-sized robot. The company described Ballie as a « life companion that understands you, supports you, and reacts to your needs to be actively helpful around the house ». The tiny rolling sphere is designed to run your smart home, thanks to its built-in AI. Unlike other assistants such as Amazon Echo and Apple’s Siri, Ballie does not wait passively for instructions. It follows you everywhere when you’re home to respond proactively to your needs. Luckily, as you can see, it is very cute.

Following on from themes explored at CES 2019, CES 2020 hosted about 40 blockchain companies. Blockchain is now one of the technologies which can lead to new business opportunities through greater transparency, security and traceability. The tech firm IBM demonstrates how its blockchain-powered Food Trust Project is promoting transparency in the food supply chain ecosystem.

At CES, IBM and the coffee industry organization Farmer Connect announced the launch of a blockchain-based mobile app designed to track coffee production, all the way to the consumer. This app called « Thank My Farmer » is supported by the IBM blockchain. Coffee drinkers can use it to check the quality and origin of their coffee, from the coffee plantation to the cup, through an interactive map. « Thank My Farmer » traceability platform will launch in early 2020.

Thank you @IBM for coffee at #CES2020. And nice to hear we can actually trace where my coffee comes from with #Blockchain. Get more power to the farmers and fair trade practices. pic.twitter.com/7UprKSPhDw

Beyond entertainment experience, Las Vegas CES also emphasize some promising, useful health care innovations that would improve the quality of life for all. US biotech company HeartHero presented a portable defibrillator device that can be used anywhere, by anyone witnessing a sudden cardiac arrest. And Greek architects Dimitrios Petrotos and Marios-Ermis Petrotos have demonstrated the Laddroller, a powered wheelchair combined with an exoskeleton that allows users to stand up, offering unique mobility experience.

Exoskeletons were a real trend at CES 2020. Sarcos Robotics teamed with Delta Air Lines to develop Guardian XO, a robotic exoskeleton that would fundamentally change how heavy lifting is done on job sites. The robotic suit may enable superhuman strength for extended periods, bolstering employee’s safety. Potential uses could include lifting heavy machinery or maintenance components, or handling freight at Delta Cargo warehouses.  « We owe it to the best airline employees on the planet to explore how emerging technology can make their jobs safer and easier », said Gareth Joyce, Delta’s Senior vice-president.

Super strength. Easily lift a 50 pound suitcase with one arm thanks to @Sarcos_Robotics. In partnership with @Delta, Sarcos showed off their Guardian XO full body exoskeleton at #CES2020 pic.twitter.com/2JgmUYtFTd

Japanese firm Panasonic also unveiled its own « support robot » that will be used by support crews to tote heavy equipment at the upcoming Paralympic Games in Tokyo. Meanwhile, Samsung presented an exoskeleton system called GEMS (Gait Enhancing and Motivation System) that works with augmented reality glasses to help people in recovery learn how to walk. It can also be used as a workout device, for AR-based personalized training.